One of the most delicious typical products of Ibizan cuisine is, without a doubt, the "sobrasada". We tell you why it's so successful.

This sausage, made from lean pork meat and seasoned with paprika, is probably the most valued in Ibiza. Its authentic flavor and the possibility of serving it in different ways, have made the "sobrasada ibicenca" or "sobrasada payesa" become the cornerstone of the island's cuisine.

The "sobrasada ibicenca" is produced in a totally handmade way, with local meat and products, and has recently adhered to the geographical denomination "Sabors d' Eivissa", not only to have a control of the traditional elaboration of "sobrasada" but also to promote its consumption among locals and visitors. 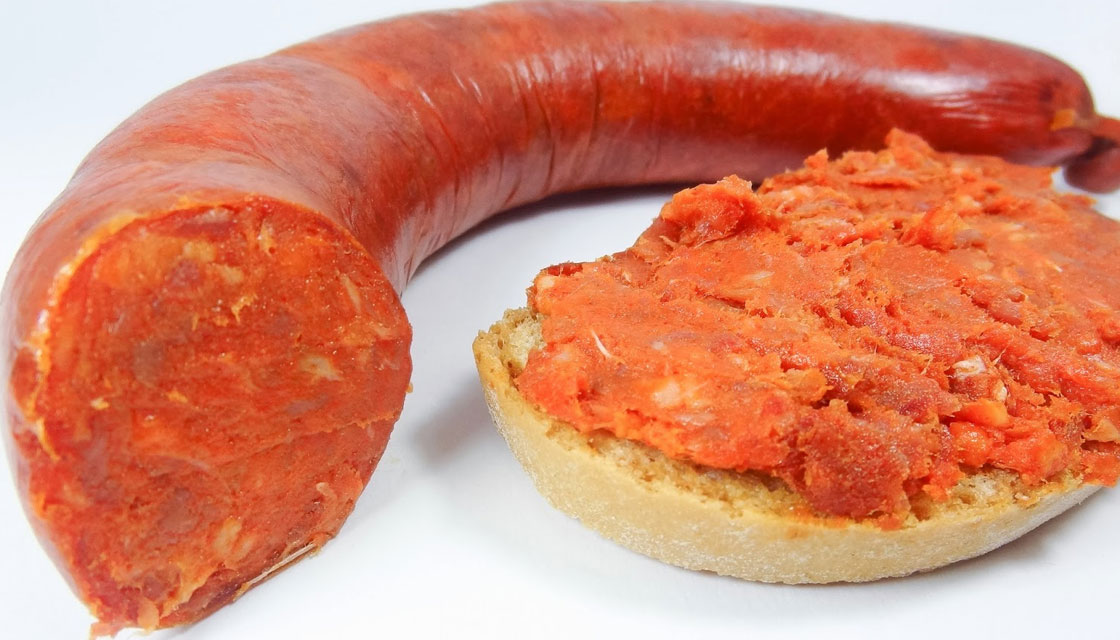 One of the most important details to ensure that the "sobrasada ibicenca" has its own name is the climate of the island. The winds coming from the south and the typical humidity of the island of Ibiza give the "sobrasada" an unmistakable flavour that cannot be imitated by industrial processes.

"Sobrasada" is a food that cannot be missed in the food pantries of the Ibizan people, as it can be served in many different ways and combines perfectly with other typical products of the island, such as the squid. In fact, recently, TVE's program "Aquí la tierra" has made a report about it:

Among the Ibizan people, it is very common to eat this delicacy spread on a slice of country bread and to accompany it with a good glass of local wine. In the popular festivals of the parishes of the island this combination is very successful and could be said to be the "official snack" of this type of events.

The "sobrasada" has a centuries-old history. It is from the 16th century onwards that the families and villages of the island began to use the salting technique to better preserve food after the slaughter of the pig. Soon after, paprika was added, which gives it the characteristic red color.

Each family and each house has its own way of preparing "sobrasada ibicenca", making the best option to taste this gourmet product directly in the establishments that produce their own "sobrasada" or those that distribute authentic "sobrasada payesa".