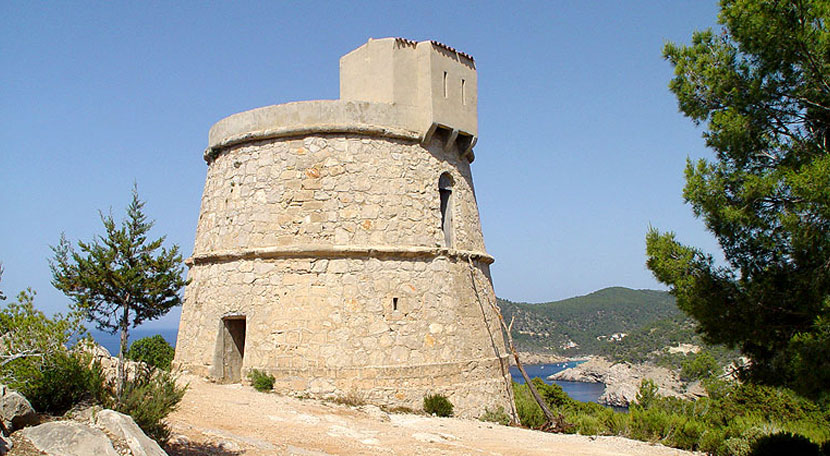 From its base, you can see an exceptional panoramic view of S'Illa des Bosc and S'Illa Murada and, a little further away, the port of Sant Miquel and the coast of Benirràs.

This watchtower is part of the defensive system of the island's coast, developed by the Spanish Crown in the 18th century. It was finished in 1763, according to the project of the engineer Juan Ballester y Zafra. It consists of two floors and an upper platform, linked by a spiral staircase inserted into the thick wall.

The entrance door is located on the first floor and was accessed via a rope staircase. The ground floor access was added as early as the 20th century, since this level once housed a warehouse and the powder keg and could only be accessed from the inside.

The tower was never equipped with cannons, although it did have two officers of the Cuerpo de Torreros who permanently guarded the coast.